Obsolescence of electrical components is a problem no manufacturer is immune to. Jonathan Wilkins, marketing director at obsolete parts supplier EU Automation, explains how to build an electrical maintenance strategy with obsolescence in mind.

Manufacturers spent an average of £106,000 increasing connectivity in their factories in the year to August 2016, according to the 2017 Annual Manufacturing Report. Connectivity offers numerous benefits to manufacturers, including increased data collection, which can be used to optimise processes. As well as this, increased connectivity is driving advances in technology, which can affect the demand for electrical components. As a result of technological advances being so rapid, the rate at which electrical equipment becomes obsolete is increasing, and this has the potential to cause difficulty for manufacturers.

Usually, the way to fix a broken-down machine is to replace faulty components. If the machine is old, or the original equipment manufacturer has since introduced updates to the model, sourcing the replacement parts may be no easy feat. If the user cannot find the required components, it might mean replacing the entire system – an expensive investment. Similarly, when an obsolete component needs repairing rather than replacing, it can be difficult to find an engineer with the equipment and skills required to fix it.

A good way to tackle electrical component obsolescence is to use cost-effective alternatives that extend the economic life of equipment. This can be achieved using a predictive maintenance strategy to anticipate when obsolescence will affect components. Although this involves some capital expenditure, it is significantly less than the cost of replacing an entire system. 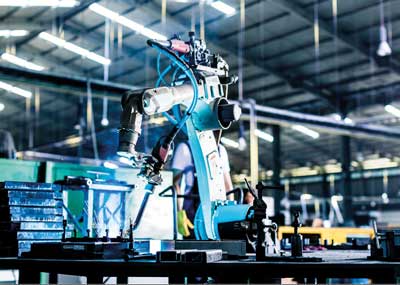 To know which components to focus your predictive maintenance strategy on, use a ranking mechanism to identify which electrical components are obsolete, near obsolescence or at risk of becoming obsolete soon. Prioritise components whose failure would be most detrimental to production.

BAE Systems is developing a computer program that will use predictive maintenance to anticipate when obsolescence will affect aircraft components and then plan for alternative sourcing or system redesign. Other manufacturers can follow a similar approach by attaching sensors to electrical components to measure a range of parameters, including vibration and temperature. The sensors identify developing faults before they result in the component breaking down, giving time to source the spare part, even if obsolete, from a reliable obsolete parts supplier.

In addition to predictive maintenance, manufacturers can use reverse engineering to obtain the part needed. For example, if a motor for your conveyor belt system cannot be sourced from the original manufacturer because it is obsolete, you may be able to buy a newer model of motor and modify it so that it performs the required function, avoiding the cost of having to buy an entirely new conveyor.

Although maintenance aims to extend the economic life of equipment, you can’t avoid occasionally having to replace electrical components. Try to make sure that any new equipment introduced will be able to work alongside existing equipment in your factory, to ensure the system can function effectively.
By following this advice, you can continue to increase connectivity in your factory, without obsolescence causing significant difficulties and leading to large capital expenses.

For information about the new, reconditioned and obsolete parts that EU Automation supplies, visit www.euautomation.com/.

I hope that you are safe and well amid these challenging times, with the Covid-19 pandemic sweeping the country.

With many people self-isolating or working from home, we wanted to make sure you continue to receive your copy of Maintenance & Engineering magazine.

Accordingly, we would like to give you the option of having the magazine delivered to your home address rather than your workplace during the pandemic.

The next issue of M&E is due to be mailed at the end of next week. If you would like it redirected, please let us know your preferred address, by clicking this link.

Don’t forget that, if you prefer, the digital version of Maintenance & Engineering will continue to be available online at www.maintenanceandengineering.com. With the aim of keeping our readers informed, we will continue to update our website with news stories and send out our e-newsletter, so please make sure you’ve added M&E to your email white list so that you continue to receive it. We will be making every effort to continue to produce the print magazine in the normal way as far as possible throughout the emergency.